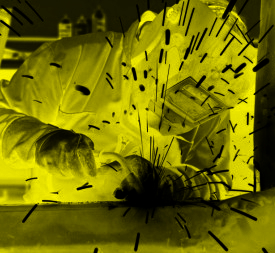 Victorian employers and workers are being urged to consider the lasting impact of workplace trauma after the loss of 66 lives in 2021.

The fatality toll includes 43 people who died from workplace incidents and 14 people who succumbed to a disease contracted in the course of employment.

In addition, more than 23,000 workers were injured seriously enough to have a claim for compensation accepted last year.

WorkSafe Chief Executive Officer Colin Radford says no one in the community is immune to the devastating consequences of a death or injury at work.

“Hundreds of Victorians have just spent their first festive season without a loved one by their side because of a workplace death,” Mr Radford said.

“Many others are themselves dealing with the pain and suffering from serious and often life-changing injuries suffered at work.

“We need every workplace to take the time to properly assess their health and safety risks and plan how to eliminate or manage them, because failing to do so can lead to tragedy.”

The 2021 workplace fatality toll was down from 73 the previous year.

Mr Radford says high-risk sectors, including manufacturing, construction and agriculture, will continue to be targeted by WorkSafe inspectors, who made more than 39,000 visits to workplaces across the state in 2021.

“It's simply unacceptable that we are seeing the same industries feature prominently in workplace deaths and serious injuries year after year,” he said.

“WorkSafe is committed to working towards a future where no one loses their life at work, including by taking strong enforcement action against those ignoring their health and safety obligations.”

Of the 2021 workplace fatalities: