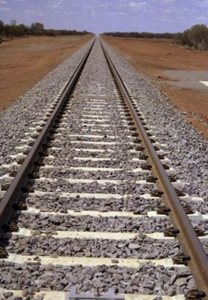 The Federal Government will provide over $1 billion towards Victoria's Regional Rail package.

The Commonwealth has reportedly found $1.42 billion to fund the network upgrade, signalling a breakthrough in an ongoing infrastructure stoush between the state and federal leaders.

Victorian Premier Daniel Andrews has been criticising Mr Turnbull for not fully funding the project, saying the state was owed $1.45 billion from the sale of the Port of Melbourne under the Commonwealth-States Asset Recycling initiative.

Mr Andrews now says the additional funding is a “win for regional Victoria and a win for jobs”.

“We said we would fight every day to get the money that was owed to Victorians and that's exactly what we've done,” he said.

“This is a once-in-a-generation investment that will upgrade every single regional passenger line in Victoria and create more than 1,000 jobs.”

The project plans to upgrade 142 services on the V/Line network, covering every regional rail line in the state.

The funding will be spent on:

Federal Transport Minister Darren Chester said the delay in providing the funding was due to the Commonwealth needing more detail from Victoria.

“What we're interested in is details on the work required,” he said.

“In the initial stage, Victoria sent a one-and-a-half-page letter demanding money. They have been giving us detail now and background — we're pleased to be on board.

“We see great value in linking our regional communities in a way that helps address congestion issues in Melbourne [and] allows people to be more connected.

“At least part of the answer towards housing affordability in metropolitan areas is improved liveability of regional areas and improving connectivity is part of that.”