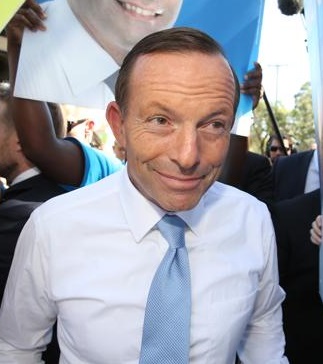 Lobbyists and transport industry authorities are encouraged by the outcome of the weekend’s election, welcoming the new federal government and putting the word out that they are keen to work together.

The Australian Trucking Association is pleased at the possibility of a repeal of the carbon tax, ATA Chairman David Simon says: “The Coalition victory has freed the industry from the threat of this extra tax... most trucking operators are small businesses, they do not have the market power to pass extra costs on and Labor’s tax would have just made their lives harder.”

The ATA is not an environmental authority, and so cannot comment on the benefit of the tax to the biological future. The board is an expert on the industry though, and so has pushed for cooperation from the new federal government on securing better roads, road access, truck taxes and charges.

“The Coalition has put forward a strong plan for building roads and improving how they are planned, and has also pledged it will not move to a satellite-based system for tracking and billing trucks without extensive industry consultation,” Simon says.

Mr Simon extolled some thanks for the work of the previous Minister for Infrastructure and Transport, Anthony Albanese, saying: “During his six years in the infrastructure portfolio, Mr Albanese oversaw the construction or upgrading of 7,500 kilometres of roads, including the completion of the Hume Highway duplication. On his watch, the federal government started funding truck rest areas for the first time, with 95 new rest areas or rest area upgrades now completed... he oversaw the creation of the National Heavy Vehicle Regulator and introduced excellent arrangements for consulting with the industry.”

Liberal party state leaders such as Queensland Premier Campbell Newman have already begun spruiking the age of infrastructure seemingly being brought about by the party, celebrating recent pledges for Bruce Highway and Toowoomba Range crossing commitments.