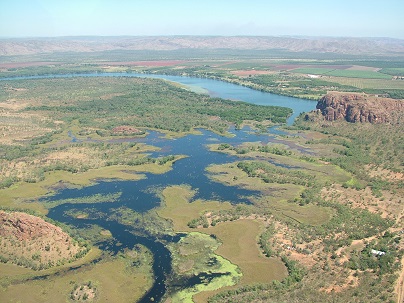 Government authorities in Western Australia have begun surveying outside the Ord irrigation area in the Kimberly region – looking to see if the environment could sustain thousands of hectares of new farming operations.

Investigators from the Department of Agriculture and Food have been checking out 30,000 hectares located about 100km north of Kununurra to see if the ground water is sufficient for large amounts of crop.

DAF’s Don Bennet says “there's a couple of things we need to find out what's the rate we can pull out of that aquifer and it needs to be quite high if you're talking about for example centre pivots [irrigation systems]... the other thing is what is the long-term sustainable on that aquifer.”

The nearby Bonaparte Plains is comprised of a sandy red soil known as ‘cockatoo sand’, which is renowned for its suitability for crops like melons and pumpkins.

Mr Bennet believes it may be possible to farm some lands in the top end year-round due to the good soil, saying “they are quite dry and elevated, so they are up above the wet, they aren't heavy clays, so it means that they can potentially have agriculture on them over the wet season.”

The Department has just completed similar surveying work on a 6,000 hectare site also outside of Kununurra, which Mr Bennet said required the drilling of hundreds of separate holes to gain a precise image of what the area could handle.

The final report on the suitability of massive tracts of land in the northern half of the country is due to be completed next year.