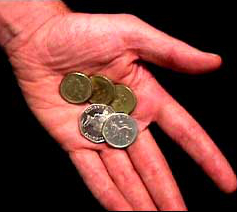 Over a million Australian students, jobseekers, carers and young people with a disability will see a small increase to their Centrelink payments from next year.

Minister for Social Services Kevin Andrews announced amounts have been increased to stay in line with the Consumer Price Index.

Around 49,000 students will have their academic lives eased by a boost to their Austudy payments, ranging from $13.90 to $18.30 a fortnight.

Over 350,000 students and jobseekers on Youth Allowance will see an increase between $7.70 and $18.30 a fortnight, which may afford them numerous extra slices of bread per week.

There are also increases for carers, Mr Andrews said.

“More than half a million people with caring responsibilities who receive a Carer Allowance will receive an extra $2.80 a fortnight, lifting the basic rate to $118.20 a fortnight.

“People with a disability aged under 21 years receiving the Disability Support Pension will get increases of between $12.50 and $18.80 a fortnight.

“We’ve also raised certain personal income limits to keep them in line with increases in the Consumer Price Index,” he said.

The changes are the result of indexation in January each year, as well as the start of the Clean Energy Supplement for Youth Allowance, Austudy and Disability Support Pension (under 21) recipients.

Students on Austudy are expected to gain the intellectual tools they need to drive the nation, while living on about $203 per week. Average weekly rent in Australia is $285.