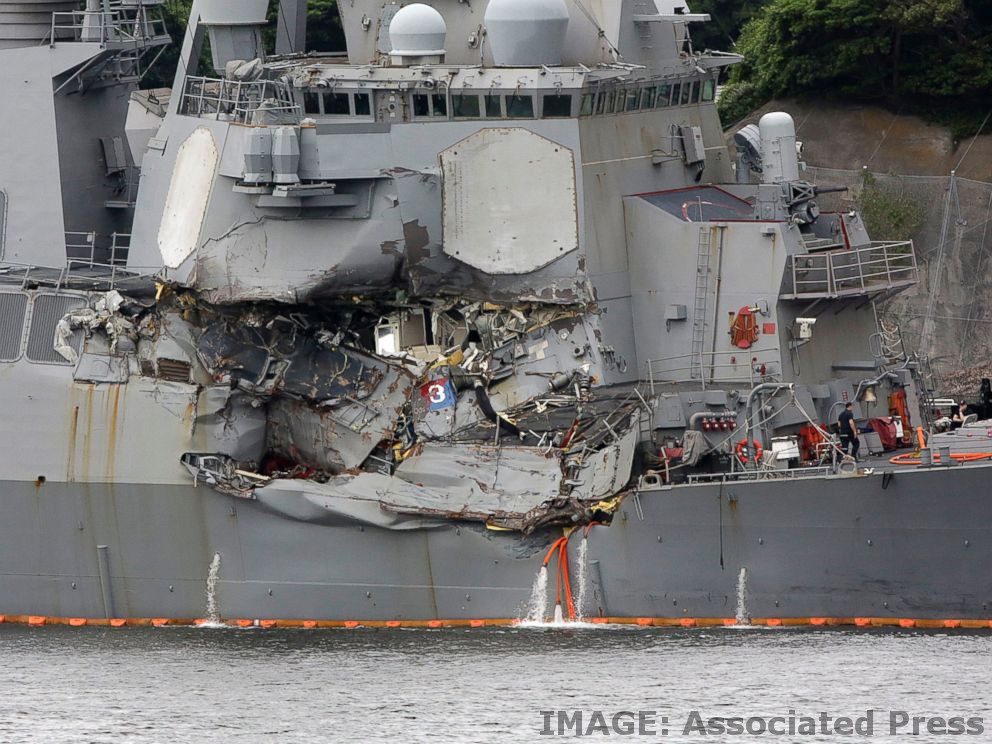 Multiple investigations are gathering details on the collision of a tanker and a US warship.

As part of multiple US and Japanese investigations, the cargo ship's captain has told authorities that the ACX Crystal signalled using flashing lights when the Fitzgerald “suddenly” tracked a course into its path.

The container ship lurched starboard to avoid the warship, but made contact with the Fitzgerald 10 minutes later, according to a copy of Captain Ronald Advincula's report to Japanese ship owner Dainichi Investment Corporation.

The collision tore open the Fitzgerald, flooding it with water that killed seven sailors - the greatest loss of life on a US Navy vessel since 2000.

The deaths all occurred in berthing compartments, suggesting to some that the alarm warning of an imminent collision was not sounded.

Six investigations have been launched in response, including two internal hearings by the US Navy and a probe by the United States Coast Guard (USCG).

The Japan Transport Safety Board, the Japanese Coast Guard (JCG) and the Philippines Government are conducting separate investigations too.

Key points expected to be determined by the investigation include finding out how a naval destroyer and all its sophisticated radar equipment could be struck by a vessel over three times its size.

Questions have also been raised about the time it took the ACX Crystal to report the collision, after official reports were lodged almost an hour after the accident.