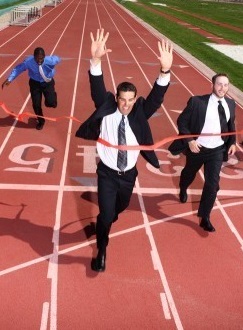 The latest half-yearly Ernst & Young Australian Productivity Pulse report came out this week, claiming 20% of public sector workers believe they are operating at their lifetime best, contrasting with 29% of private sector workers who say the same thing.

Overall, national productivity is reportedly on the increase, but the survey says government employees lag behind comparable members of the private sector.

“Governments are committed to doing more with less but there is huge scope for a more strategic approach to policy to ensure the public sector is adequately prepared for the future,” Plumridge said

“Governments need to think in the long term to ensure we are creating the skilled and productive workforce Australia needs.”

The productivity survey spoke to around 2,100 employees from seven different industries and all levels within organisations. The poll included workers from both the private and public sectors.

Such productivity reports have often shown the link between job security and personal productivity, with workers who feel less secure more likely to be less productive.

This report may echo that trend; with 53 per cent of government workers say they have experienced cost cutting or redundancies in the past six months, versus 37 per cent of private sector workers.

The effect of good staff being removed from government jobs may have played into the increased private performance too.

“Voluntary redundancies in the public sector are releasing significant productivity enabling talent into the market. A reason for this could be that those that choose to leave are high performing candidates who feel confident they will easily get another job,” Mr Plumridge said.

“Agencies and departments need to consider more effective targeting to ensure redundancies do not take the sector’s most productive workers, worsening their productivity profile.