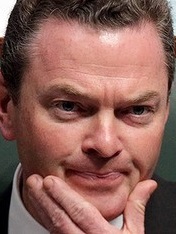 Former defence minister Christopher Pyne has leapt into a role in the defence sector.

Mr Pyne, who served as defence minister until the most recent election, has taken a job as a defence consultant with multinational business advisers Ernst and Young (EY).

“I am looking forward to providing strategic advice to EY, as the firm looks to expand its footprint in the defence industry,” he said in a statement.

Mr Pyne has a degree in law and no significant role in the defence sector before being made Minister for Defence Industry in 2016. His apparent lack of experience suggests to some that EY hired him specifically for his insider knowledge.

Mr Pyne’s move has led to calls for his reprimand, with some claiming he has breached the Statement of Ministerial Standards.

It states former ministers “will not lobby, advocate or have business meetings with members of the Government … on any matters on which they have had official dealings as minister” for 18 months after leaving their positions.

Ministers also cannot “take personal advantage of information to which they have had access as a minister, where that information is not generally available to the public”.

“Though the wording is that they can't lobby and they can't divulge information, nothing stops them from working with others, in this case Ernst and Young, to advise them on what they should be saying when they go and lobby,” Prof Wanna has told the ABC.

“Defence is the largest Commonwealth procurement program and so this is where there is ample amounts of money, it is multi-year money.”

“It's inappropriate and it doesn't pass the pub test,” Senator Patrick said.

He called on the Prime Minister to reprimand Mr Pyne.

“I think what he's done does breach the code and I think this becomes a test for the Prime Minister," Senator Patrick said.

“It becomes a test for his conviction towards his own statement of ministerial standards.

“He should direct Defence and other government agencies to cease awarding any contracts to EY until the 18-month time period specified in his ministerial standards has expired.”