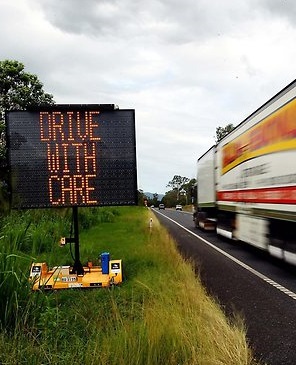 There has been no shortage of industry groups appealing for support from the newly-elected federal government, but few will be as used to campaigning as consistently as the RACQ in its quest to fix the Bruce Highway.

According to a report by Queensland’s Royal Automobile Club; around 575 deaths and serious injuries could be prevented on the Bruce Highway between Ingham, Townsville and Ayr over 20 years from just a $100 million commitment to safety improvements.

RACQ Group Chief Executive Officer Ian Gillespie is pushing for the new federal government to take on the recommendations of the Australian Road Assessment Program report into the Bruce Highway. The AusRAP investigation found 73 per cent of the Townsville to Ayr stretch and 34 per cent of the run from Townsville to Ingham rated dismally; under two stars out of five for safety.

A number of issues highlighted by AusRAP include; the lack of divided roads in busy, winding stretches; very narrow sealed shoulders; frequent intersections with rural roads and various roadside hazards.

“Repairing the Bruce Highway and putting a stop to the 40-plus deaths that occur on it every year has been the key focus of our Demand Better Roads election campaign,” Mr Gillespie said.

There has already been massive amounts of funding pledged for other parts of the highway, though some locals will be getting complacent - feeling as though there is always a pledge but very rarely any action.

“The funding promised by both parties will go a long way towards the completion of major long-term capital works projects on specific sections,” Mr Gillespie said, “however; we also need funds for safety improvements along the entire length of the Bruce if we are to achieve a significant reduction in deaths and serious injuries.”