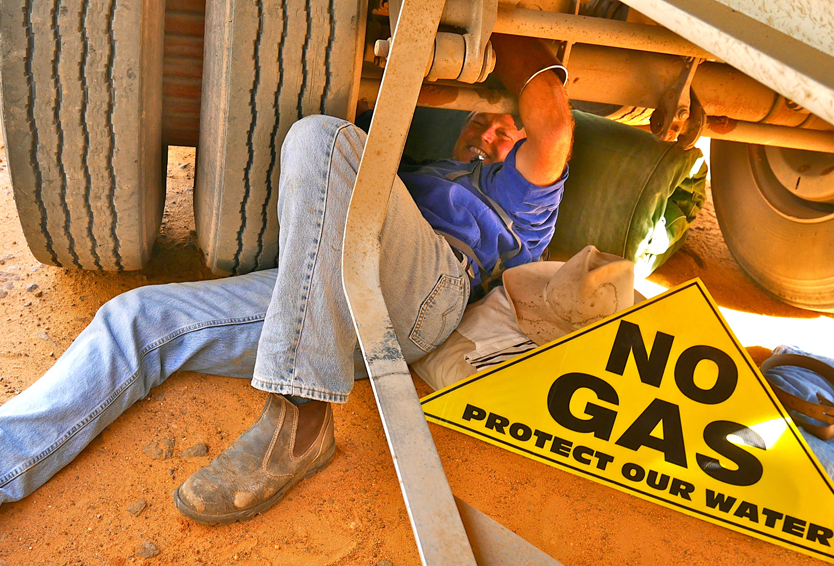 Labor’s NSW leader Luke Foley has pledged to reverse his own party’s policy, to protect water supplies and agriculture.

Foley has made a promise ahead of this weekend’s NSW Election to block an approved development of natural gas in the Pilliga scrub, in northern NSW.

The undertaking would have come as a shock to gas giant Santos and the Australian oil and gas industry more broadly, given that it was Mr Foley's colleagues in the previous Labor government that had awarded the licence in question.

He says coal-seam gas extraction uses excessive amounts of water, that the Pilliga gas project would hurt attempts to “recharge” the Great Artesian Basin, and the profound risk of contamination of aquifers cannot be avoided.

Analysts say it throws Mr Foley's commitment to government contracts into question, and could escalate the sovereign risk some see in a Labor NSW.

Steve Wright, director of the pro-CSG Energy Resource Information Centre, has written a piece for the Australian Financial Review countering the risks outlined by Mr Foley.

“Gas extraction can and does co-exist with agriculture and it uses 400 times less water,” he wrote.

“Worldwide, total water consumption of oil and gas production is 1.5 per cent of total water use for industry and agriculture.”

He said the idea that the Santos gas project would hurt efforts to “recharge” the water system was misguided.

“The Pilliga scrub is not a primary recharge zone for the Great Artesian Basin and little of its geology is coal-seam,: Mr Wirght claims

“Most gas is likely to be extracted without the need for hydraulic fracturing, which is the process which makes use of water. Even if the Pilliga were a significant recharge zone, gas extraction would not interfere with this.”

And on the topic of potential damage to water tables, Mr Wirght says fears have been thoroughly overblown.

“There is no evidence of aquifer contamination in more than 100 years of natural gas extraction,” the pro-gas lobby director said.

“Hydraulic fracturing has been under way since 1947 in North America and 1969 in Australia, without ecological calamity.

“After an 18-month study, the NSW Chief Scientist confirmed last year that there has been no case of aquifer contamination in 2.5 million incidences of gas-well fracking. This conclusion was based on Australian, Canadian and European experience and statements by the US Environmental Protection Agency.”

He says losing the big economic opportunity in the Pilliga would bring about price increases and gas supply shortages in Victoria and NSW.