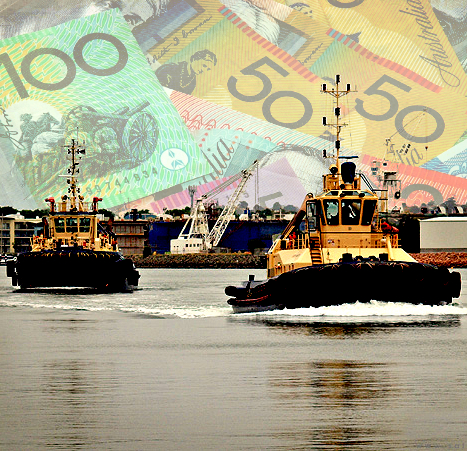 The world's biggest coal port has been sold for $1.75 billion, but residents of the city it serves may have been short-changed.

NSW Premier Mike Baird announced the sale of the Port of Newcastle this week, saying $1.5 billion will flow into infrastructure projects across the state.

The deal has been confirmed after a consortium of Hastings Funds Management and China Merchants made their successful $1.75 billion bid.

Premier Baird says $340 million of the money will go directly to local residents through the Rebirth of Newcastle program.

He added that the sale price was well above the retention rate and about 27-times the Port’s annual earnings.

The Port of Newcastle has been sold with a 99-year lease, and bought by some of the same interests as in the purchase of Sydney's desalination plant in 2012.

But Newcastle region Labor MPs say it is an insult and a disgrace that locals will end up with less than 20 per cent of the total leased amount.

Federal MP for Charlton Sharon Claydon said the city has been deprived.

“The Liberal government's hocked our most highly profitable asset to the highest bidder, and is looking at investing less than 20 per cent of the proceeds back to Newcastle,” she told the ABC.

“I don't know a single Novocastrian who would think that sending 80 per cent of our port's profits to Sydney is a good idea.”

Shadow Treasurer Michael Daley questioned the timing of the sale announcement, which has come while Newcastle LNP MP Tim Owen is overseas.

“The timing of this announcement is very fishy indeed,” he told reporters.

“This has been rushed to try and take some of the gloss off what's happening at ICAC.

Property Council authorities say the sale means several projects can start straight away, and that the final amount far exceeded prior estimates.

“Just as Port Kembla and Port Botany were recently leased and those funds were dispersed for lots of worthy projects around New South Wales.

“I think Newcastle has got a fair lick of this money from the lease of the port and now doubt the government has got plenty of competing interests that deserve funding.”