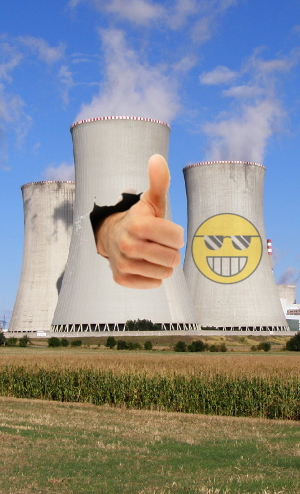 The South Australian Chamber of Mines and Energy (SACOME) says a recent survey showed majority support for nuclear power, and has called for renewed debate.

SACOME says 48 per cent support nuclear power while only 33 per cent recorded any level of opposition.

“A key aspect of responses to this question was the level of strong opinions expressed, with 29 per cent strongly supporting and only 20 per cent strongly opposing nuclear power - in other words, there are more staunchly pro-nuclear than anti-nuclear advocates,” SACOME chief Jason Kuchel said.

He says technology has changed since the generation that fought so strongly to bury the nuclear debate in Australia.

“It seems South Australians see nuclear power as an inevitable, sustainable and environmentally sound alternative, and are pragmatic when it comes to forming opinions on the matter,” Mr Kuchel said.

According to the survey results; over 54 per cent of South Australians think nuclear power will eventually be introduced into Australia. Around 45 per cent believed it was a sustainable and environmentally sound power alternative

The results are available in PDF form, here.