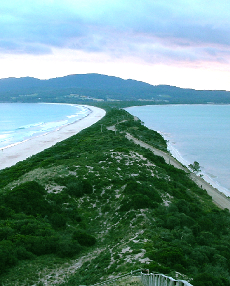 The Federal Government has bumped forward a program in response to the high unemployment rate in Tasmania.

Incentive payments for employers to take on long-term unemployed staff were slated to start next July, but will now begin in January.

The Tasmanian Jobs Program will provide a payment of $3,250 to businesses who take on job seekers who have been looking for a minimum of six months.

The employers must provide full-time work to receive the $250 a fortnight incentive, which will begin after the first six months.

The incentives will be paid for the first 2,000 long-term jobseekers hired in Tasmania.

The $6.6 million scheme was unveiled during the federal election campaign, with Employment Minister Eric Abetz saying it will provide the vital boost needed in the Tasmanian jobs market.

“We are trialling it in Tasmania because of the jobs drought in our state and we will see how it goes,” Senator Abetz said.

In the most recent count, Tasmania’s unemployed rate came in at 7.9 per cent of the population; the highest in the country.

“It's no surprise that areas of particularly high unemployment can see people unable to find work for extended periods,” Senator Abetz said.

“It is critical that all Australians be given the opportunity to carve out a future for themselves, their families and society as a whole, free of the debilitation of welfare dependency.”