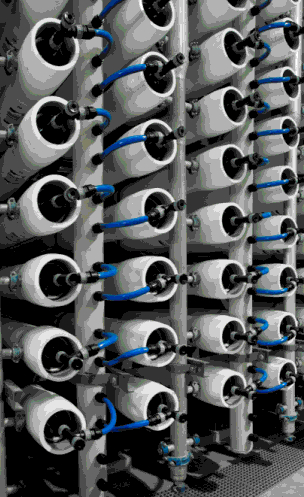 The West Australian government is being asked consider a new desalination plant expected to cost over $1 billion.

The state already has two plants supplying half of Perth’s drinking water.

With parts of south-west WA experiencing one of the driest and warmest starts to winter on record, Water Minister Dave Kelly says a third desalination plant may be needed.

Perth received just 26mm of rain this month, compared to a June average of 174mm.

In fact, annual rainfall in Perth has declined by about 20 per cent compared with the pre-1975 average, while the amount of water flowing into the city’s dams is down from an average of 300 billion litres a year in the 1970s to just 25 billion ­litres now.

The Bureau of Meteorology predicts Perth will see its warmest June on record.

The Water Minister says he would prefer to boost water supply by expanding groundwater replenishment, where wastewater is treated to drinking-water standard and injected into natural aquifers.

He says the state’s groundwater supplies could do with a top-up, as they now provide just 46 per cent of Perth’s water, down from almost 70 per cent a decade ago.

“The southwest corner of WA is one of three places on the planet that is most affected by climate change,” Mr Kelly told The Australian.

“There are several options on the table should our rainfall continue to decline. This includes desalination or further groundwater replenishment.

“In deciding which option we choose, we need to take into ­account the social, economic and environmental risks and benefits.”

But Mr Kelly said he was reluctant to ask Treasurer Ben Wyatt for the billion dollars a new desalination plant would require.

“Everyone knows that the state of the budget is not good — we are approaching $40bn worth of state debt,” he said.

“If we can defer a major water source like a desalination plant, if we can push that out five or 10 years, that’s really going to be a good thing.”