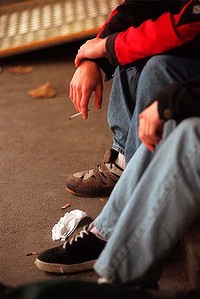 The Federal Government has unveiled a $28 million scheme to provide 400 truancy officers to schools across remote parts of Australia.

One school attendance officer will be provided for every twenty students in forty communities throughout the Northern Territory, Western Australia, Queensland, New South Wales and South Australia.

Indigenous Affairs Minister Nigel Scullion announced the plan late this week, saying simply getting students to attend schools will have a marked improvement on results, if it can be achieved effectively.

Many of the schools in the program area have seen attendance rates drop below 70 per cent at times.

Part of the plan is to source the truancy officers from the local community population, in hopes they will be better equipped to communicate directly with families.

Senator Scullion said officers would work with repeat truants at their houses to find the true causes of absenteeism.

“There's so many barriers, but no one seems to bother to assist the family and the parents in knocking [barriers] down,” Senator Scullion said.

“So it might not be a good reason but a resolvable reason - 'we missed the bus, we don't have any transport, he's really embarrassed because he doesn't have a uniform because the cat ate it or whatever' - the normal stuff of life.”

It is an old but effective system, the Indigenous Affairs Minister says.

“It was certainly a model that I attended school with,” Senator Scullion said.

“If there hadn't [have] been school attendance officers in my day I wouldn't have attended school and I wouldn't have got the education and the opportunities that I've had.”

The plan has been welcomed by the Stronger Smarter Institute, which is working to change low expectations on Indigenous education.

“It can make a difference. I'm optimistic and I think it could make a significant difference,” Sarra said.

“This can be a strategy that can work tremendously effectively and I say that as one who took real attendance from 62 to 94 per cent at Cherbourg and it was by employing local people.

“The same can apply here: local people to be involved in the process but not in a sense where they just walk around hunting kids to school and chasing them to a school that's not worth turning up to.”

But he also says schools bear part of the responsibility too.

“The school has to change some things about what they do to make sure it's a school worth turning up to.”