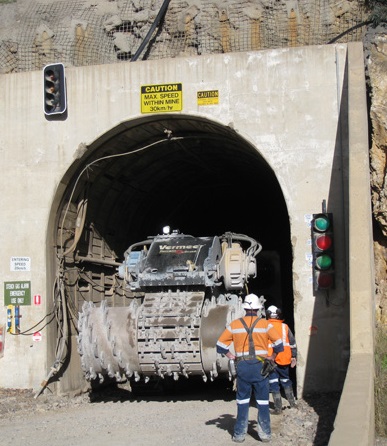 Rio Tinto has rid itself of a mine in central NSW and made a cool $892 million in the process.

Rio announced over the weekend it has sold its 80 per cent stake in the Northparkes copper mine to China Molybdenum for approximately $892.37 million, the company says the mine was simply not big enough for their future plans.

Rio Tinto chief financial officer Chris Lynch said the move was made to make money for shareholders: “The sale of Northparkes represents great value for our shareholders and demonstrates our continued focus and discipline in the way we allocate capital across the group... Northparkes is a successful business but is not of sufficient size to be a good fit with our strategy.”

The remaining 20 per cent of interest is held by Japanese-based Sumitomo Metal Mining, the sale is still contingent on Sumimoto waiving or failing to exercise their pre-emption rights under a Joint Venture Agreement.

Rio Tinto is going through a reshuffling of many elements of their businesses and staff, bringing in the Macquarie Group to find a buyer for Northparkes in April this year. Upstart copper-gold miner Sandfire Resources had a stab at acquiring the site, reportedly offering $400 million.

The seemingly successful sale over the weekend could be part of reforms under new CEO Sam Wlash, who is conducting a sweep of cost-cutting and streamlining changes. Rio Tinto earlier this year reported #3 billion in loses leading to the restructure.

The recent announcement was posted in PDF form by the Australian Stock Exchange.