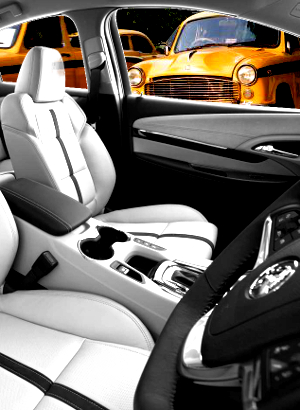 Loose seatbelts have prompted the recall of 42,000 Holden Commodores.

Holden has issued the recall this week, saying all Commodores on sale since May last year could have the faulty mechanism installed.

In a crash, pre-tensioners take up the seatbelt’s slack milliseconds before the airbag deploys, which studies have shown gives the driver and front passenger the best chance of survival.

Holden said it has not yet received customer reports of seatbelt pre-tensioners not working in a crash, but claims that its investigations began based on a report from the production line.

This marks the fourth Holden recall this year, though Commodore sales are up by 62 per cent.

The previous generation Commodore had to be recalled 10 times between 2006 and 2013.

The largest of these was the recall of 129,000 Commodores, Monaros and Statesmans in 2006, after it was found that the seat-mounted side airbags could activate “under circumstances which did not warrant inflation”.

Meanwhile, the iconic car of one of the world’s most safety-lax nations has reached the end of its run.

The Hindustan Ambassador, much loved by Indian officialdom, gentry and taxi drivers, has reached the end of its near six-decade production run.

Modelled on Britain's Morris Oxford, the Ambassador was the first car to be made in India and was once considered a high status symbol.

In a statement on Saturday, Hindustan Motors confirmed it had suspended work at its Uttarpara plant, outside of Kolkata, citing “worsening conditions at its Uttarpara plant which include very low productivity, growing indiscipline, critical shortage of funds, lack of demand for its core product the Ambassador and large accumulation of liabilities”.

The company sold just 2,200 Ambassadors in the fiscal year to March 2014, a tiny slice of the 1.8 million cars sold in India during the year.