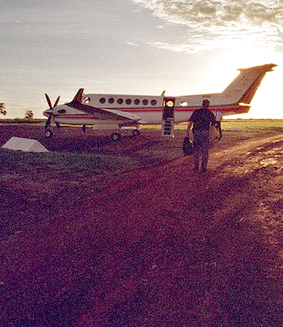 There is much concern about a push to allow international carriers to service domestic routes in Australia.

Stakeholders and industry experts say foreign carrier operating in the nation’s north would be a major blow to local airlines Qantas and Virgin.

The Federal Government is looking at letting overseas airlines carry domestic passengers to destinations including Darwin, Cairns and Broome, as part of broader efforts to stimulate economic development.

But industry analyst Neil Hansford from Strategic Airline Solutions says local airlines and workers would lose out under such a deal.

Mr Hansford has told the ABC that no other country allowed international carriers to directly service domestic routes, so local carriers could only ever have their work reduced.

“So there's no reciprocity that we would be able to get.

“This would again be Australia giving away its heart for no return.”

The expert said the plan was unlikely to stimulate additional tourism in regional areas, and would probably see overseas airlines take over flights with international connections.

Mr Hansford said it would hit Qantas and Virgin even harder.

“It would at the same time that fly-in, fly-out mining in that particular region [Australia's north] is going backwards and it has been the thing that's kept services to the west viable because they are paying a proper fare [and] they're regular,” he said.

“They've got excellent air services over there and the thing that would suffer would be the provision of services to those communities who have been subsidised as long as we remember and now the subsidy is not reliant, now that we've got mining.”

Transport Workers' Union national secretary Tony Sheldon it would be "morally reprehensible" to open up the market.

“Conditions are already bad with 21 per cent of aviation workers earning below the poverty line,” Mr Sheldon told reporters.

“Lowering conditions even further is simply not sustainable.

“They currently cannot live on the part-time wages they are forced to accept in aviation and they certainly would not be able to live on the wages the Government is considering importing into our country.”