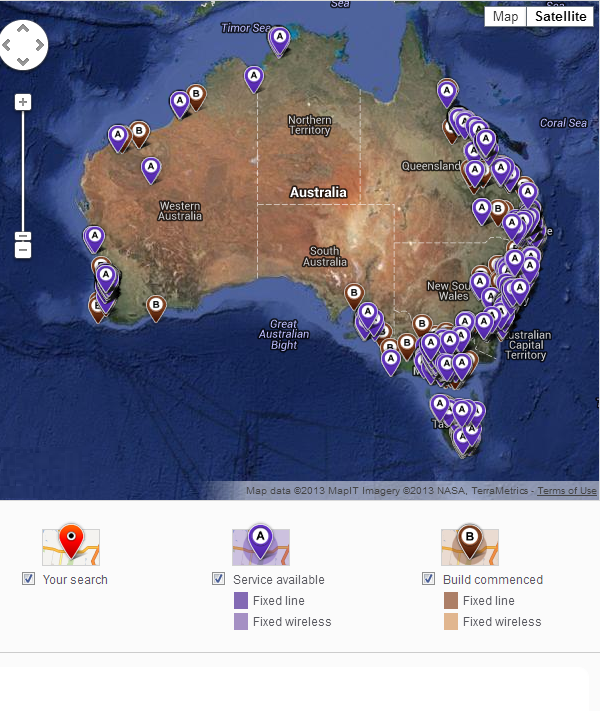 Amended maps have been released showing the state of construction work for the National Broadband Network, upsetting many who thought their homes would be next in line.

NBN Co has changed the classification for areas comprising hundreds of thousands of premises, ahead of a possible announcement on the Coalition Government’s new direction for the network.

Chairperson for the company behind the rollout, NBN Co, Dr Ziggy Switkowski, says the new maps are part of a push to improve transparency on the project. Communications Minister Malcolm Turnbull called the old maps misleading, saying that they listed areas as “under construction” despite no actual work taking place.

“People in those homes will be advised when the NBN is likely to be - or planned to be - commenced in their neighbourhood,” Mr Turnbull said.

“Under the Labor regime, they were basically being misled.”

“And what that's going to mean is later this week you're going to start to see some of the contractors, the workers who've been rolling this out, are going to be laid off.”

The announcement of the official plan for the Coalition’s nationwide internet infrastructure upgrades is expected very soon, with senior officials recently attending an international summit on broadband technologies.

On a related topic, the federal Attorney-General has confirmed his support for a continuation of the ban on Chinese telecoms company Huawei, which has been barred from bidding for NBN contracts due to security fears raised by the previous Labor government.

Attorney-General George Brandis released a statement this week saying briefings from national security agencies have prompted the Government to maintain the ban.