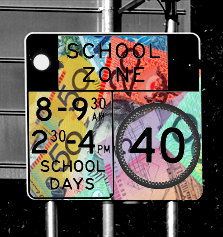 The West Australian Government has been warned it could have “blood on its hands” for removing $42 million from a fund earmarked for life-saving road safety initiatives.

As road safety minister, Mr Johnson set up a system to funnel 100 per cent of speed and red light camera fines into a road safety fund from July 2012, which built up a $142 million budget for the Road Safety Council this financial year.

But recent WA budget papers only give Cabinet approval to just $100 million of expenditure.

The final amounts for projects have come out much lower than planned, despite which the Council naming several as highest priority to save lives.

Most of the funding - around $91 million - was set for regional and remote road improvements, but the Government has now allocated just $35 million for that aim.

Similarly, the Road Safety Council said at least $12 million should go to increasing alcohol and drug testing by WA Police, but the Government cut that down to $4.6 million.

This was despite claims of no deaths at a school zone in the past 10 years. Some have said that the signs should be funded by Main Roads, just like all other road signs in the state.

Mr Johnson condemned the funding shortfall in what may have been a thinly-veiled swipe at WA parliamentarian Troy Buswell’s traffic woes.

“A hell of a lot of money could be spent to try to eradicate those people who drive through the suburbs blind drunk, who smash into vehicles and who could kill or critically injure somebody,” he told The West Australian.

Road Safety Minister Liza Harvey said the government did not have to listen to all the Road Safety Council’s warnings.

“The Road Safety Council is a collection of representatives of government - it is not independent. The chair is appointed by the minister and is independent of the government agencies,” she said.