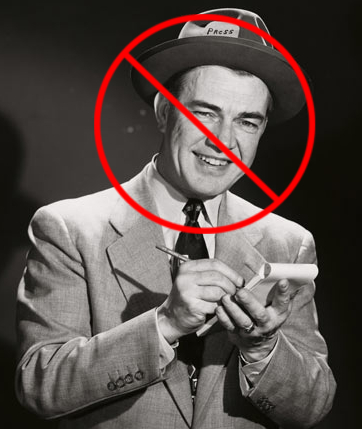 Members of the Australian media have been barred from attending a public briefing on international trade negotiations, with The Department of Foreign Affairs and Trade saying journalists were not welcome.

Reporters had been trying to attend a rare public discussion of the controversial Trans-Pacific Partnership trade talks, which have been going on behind closed doors for the last few years.

The unusual events unfolded for media figures who had their attendance applications confirmed this week, when they received follow-up communications saying they were now being rescinded as “the stakeholder consultation is off the record.”

Not only have the negotiations for the Trans-Pacific Partnership (TPP) been shrouded in secrecy, the little information revealed so far has been alarming for advocates of free speech, the right to privacy, due process and an open internet.

If the Trans-Pacific Partnership is signed, restrictive intellectual property laws could have their regional locks removed and be freely enforceable between countries, insiders say.

Opponents say the changes to copyright and patent legislations are not the only points of concern, though so little information is known about the partnership it is difficult even to speculate.

Brendan Molloy, internet activist and Councillor of the Pirate Party Australia said in a statement:

“It is of utmost importance that the media attends these events so that the broader public may understand what is at stake... these bureaucrats need to be held to account.”

“I’ve already had a freedom of information request have a fee levied with the justification that the TPP isn’t in the public interest because there have been few articles written about it. It’s pretty hard to write an article about something when you’re barred from attending the briefings, and instead offered an arrangement where you’re spoon-fed Government spin and prevented from hearing the important, unanswered questions being asked by the stakeholders that shine a harsher light on this secretive agreement.”

“It is comical to note that this week is considered Global Transparency Week. DFAT certainly knows how to end it with a bang,” the Pirate Party’s statement said.