Looking for a way out of underground gold mine 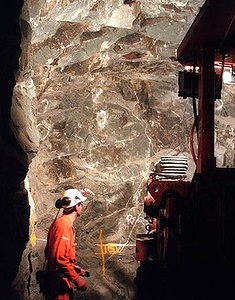 The community surrounding a gold mine in Victoria have raised concerns about the operator’s plans to move from an underground dig to an open-cut project.

Subterranean works at the Stawell Gold Mine are set to stop next year, but its Canadian owners have put out a report saying if they switched gears to an open-cut situation, the new mine could potentially generate $38 million for the local economy and support 286 jobs.

The open-cut facility would be known as the Big Hill project and has already caught the ire of local residents. They are concerned about the potential health and well-being impacts, as well as the damage to housing prices and the local community for those who do not work for the mine.

The Mayor of the North Grampians Shire will be looking to balance the scales between public concern and economic benefits, saying “you've got to try to find the balance and say, well if it doesn't go ahead what do we stand to lose?”

“You've got to listen to the concerns of people who've raised such things as health issues and how it's going to impact on their homes and their lives... you've got to weigh all these sorts of things up and say, well okay, looking at this for the majority of people, what's best in the interests of the majority of the people of the community?”

It is unclear when the mayor plans to provide answers for the currently rhetorical questions.