Lobbyist lashes out at Paris 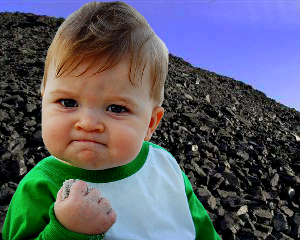 Brian Ricketts, secretary-general of Euracoal has lashed out at what he sees as “mob rule” by world governments and protesters at the Paris climate summit.

His extraordinary rant, sent to lobby members and press outlets, said the green-friendly agreement was a threat to democracy itself.

It comes after the world’s governments managed to make an agreement to cut greenhouse gas emissions in a deal that seeks to limit global warming to 2°C.

Oil and gas associations claim they are happy with the Paris agreement, saying it incentivises natural gas investment, but the coal industry has been shaken by the rise of the clean energy juggernaut.

“The world is being sold a lie, yet most people seem to accept the lie, even if they do not believe it,” Ricketts warned.

“The UN has successfully brainwashed most of the world’s population such that scientific evidence, rational analysis, enlightened thinking and common sense no longer matter.

“You might be relieved that the agreement is weak.

“Don’t be. The words and legal basis no longer matter. Fossil fuels are [being] portrayed by the UN as public enemy number one.

“We are witnessing a power bid by people who see the democratic process as part of the problem and have worked out ways to bypass it.”

Other fossil fuel figures are holding the line.

“I’m definitely an optimist; I have to be.”

Eurogas, the trade association representing giants like BP, Shell and Total in Brussels, has praised the Paris deal as “a major step in the right direction”.

The lobby does want new market-based mechanisms to be installed that would help leverage investment in the industry.

Reports say European trades unions are unhappy at the lack of plans for workers during the transition to clean power.