Leigh weighs in on taxis, tax and big tech 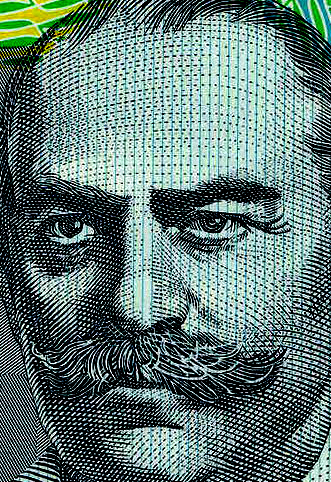 The shadow assistant treasurer has taken up the push to tax tech companies, and warned of some dangers in the new digital economy.

In an interview with Fairfax Media, shadow assistant treasurer Andrew Leigh said the lack of regulation in the “collaborative” or “sharing economy” - mostly for services such as Uber and Airbnb – put people and businesses at risk.

Mr Leigh conceded that Uber and Airbnb do offer lower-income Australians some benefits: “[They] may not be able to afford [a] taxi home with Christmas presents but can afford an Uber X car”.

But, because these companies do not have the same tax and legal requirements that legitimate taxi and tourism operators, there is cause for concern.

He said a “sensible arrangement” was reached by the City of Portland in Canada recently, after it sued and reached agreement with Airbnb. New rules now force Airbnb to give up the addresses of people who want to host others in the city.

Insiders say Mr Leigh’s address to the McKell Institute in Sydney will demand that the Abbott government work toward a global agreement to help fight rampant money-moving.

“It is neither efficient nor equitable to let revenue fall into some dead zone between countries,” Mr Leigh says, according to Fairfax Media reports.

“One way to address this would be to establish international consensus on the corporate tax base, and then allow countries to compete on the rate.”

He said the Coalition Government is heading in the opposite direction.

The assistant minister slammed the government for ditching $1.1 billion in measures aimed at tackling the problem, as well as making 4700 job cuts at the Tax Office over the four years to 2018.

“That's fully one quarter of the agency's people, including as many as 1000 auditors with specific expertise in complex international tax structures,” Mr Leigh said.

The calls come as the Federal Government considers winding back Labor's tax disclosure laws, which will soon require the Tax Office to publicly publish the amount of taxable income and tax paid by big companies.

Former assistant treasurer Arthur Sinodinos, Finance Minister Mathias Cormann and new Assistant Treasurer Josh Frydenberg all say the new laws will give away too much information about private individuals.

“Whenever tax estimates are published in the public domain, the Abbott government and its backers claim they don't capture the whole picture,” Mr Leigh says.

A recent Tax Justice Network report found that about a third of Australia's largest companies are paying less than 10 per cent in corporate tax, while 60 per cent of the ASX 200 have their money in tax havens.