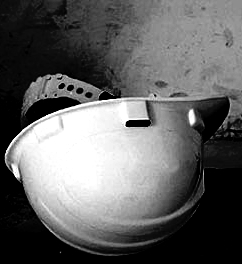 Mr Reaney died from head injuries sustained falling from the roof of the Devonport Homemaker Centre in August 2012.

He was working at the time for Sherwood Enterprises, which was installing roofing, box gutter guards and drain sumps at the shopping centre.

Sherwood was fined $55,000 in 2014 for failing to ensure its employee’s safety, but the full inquest into the incident has begun in Launceston this week.

Counsel assisting the coroner Simon Nicholson said Sherwood Enterprises set up a safe work systems plan prior to starting the job, which would have made sure there were no “live edges” that would allow workers to fall off the roof.

Under the plan, mesh would have been used to catch any workers who tripped and fell.

But the plan changed when roofing iron was craned up to the roof earlier than planned, and a concrete slab was being poured which prevented the use of scissor lifts.

This meant that workers had to be harnessed to the roof using fixed points, instead of fixed lines.

When Mr Reaney unhooked his harness to fetch a drill, stepped on an unsecured box gutter which gave way, causing him to fall to his death.

Mr Nicholson said evidence to be presented over the next few days would show that Sherwood Enterprise's original safety plan could have prevented Mr Reaney's death.

“If Mr Reaney was not working by a live edge and an unsecured box gutter he would not have died,” Nicholson told the court.

“Leigh Reaney, a young man respected in his community, tragically died after simply going about his work.

“The effects of this incident remain devastating to his family.”

The case is expected to run for over a week.