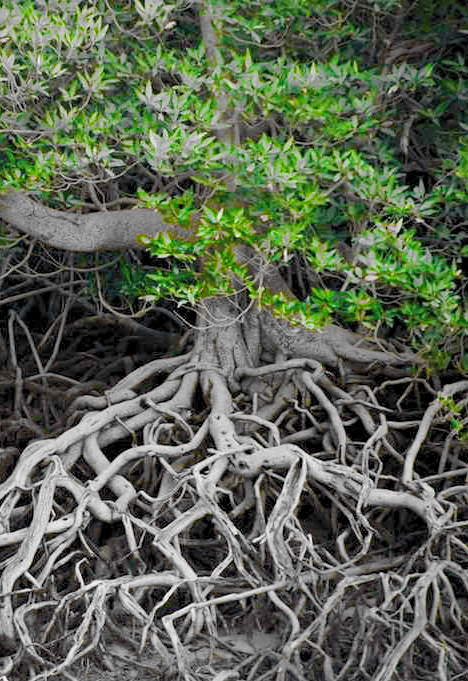 Reports say INPEX is trying to renege on an agreement for $30 million worth of environmental projects.

The firm behind the $34 billion Ichthys liquefied natural gas (LNG) project in the Northern Territory agreed to deliver $91 million of environmental offset projects over the 40-year life of the project.

But the Federal Environment Department says INPEX is now seeking approval to change the offset program “in light of lower-than-expected environmental impacts for the project”.

Media investigations suggest INPEX is trying to cut $30 million from its environmental obligations, dumping the large marine and land reserves it agreed to establish.

One of things the multi-billion dollar company wants to avoid is an agreement to restore 2,000 hectares of mangroves and land, as well as “marine habitat for inshore dolphins, marine turtles and dugong”.

The $24 million partnership with Aboriginal rangers was designed “to provide for co-management of dugong, coastal dolphins and Marine turtles” across 300 kilometres of coast.

This and other measures will not go ahead if the Federal Government approves INPEX's request.

INPEX general manager Sean Kildare has issued a statement to the media saying the assessed environmental risks were overstated, and so its obligation to the environment was less than first thought.

“[The request for changes] was made on the basis that independently verified environmental studies have demonstrated many of the environmental risks assessed at the time of approval are no longer relevant and are extremely unlikely to be realised in future,” the statement said.

Kildare said over $100 million had already been spent “on baseline environmental studies and investigations” off the Kimberly coast and around Darwin, which “substantially increased the scientific knowledge of these minimally studied areas”.

INPEX’s environmental requirements were imposed by the Federal Government under the Environmental Protection and Biodiversity Conservation Act (EPBC), in its approval of the Ichthys LNG project in 2011.

Ichthys’ footprint stretches from Western Australia to the Northern Territory.

The project will take natural gas from the coast of Western Australia and pipe it through 900 kilometres of underwater piping to a processing plant in Darwin Harbour.

Seventy per cent of the gas produced will go to Japan.