Incarceration no escape from mine work in NT 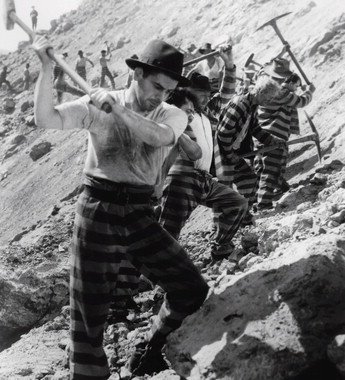 With hundreds of job losses in recent weeks at mine-sites around the country, it is difficult to imagine some projects are looking to prisons to fill out their workforce.

Northern Territory Correctional Services are embarking on a plan to have prisoners work at a salt mine in the middle of the country.

Correctional Services Minister John Elferink says the plan is a multi-faceted attempt to reform the prisoners through hard work. It will also be beneficial to the mining companies behind the venture; Rum Jungle Resources and Reward Minerals.

Reports say prisoners will be paid award wages, some of which will go towards costs including security guards’ salaries. Of the pay packet; $125 a week is deducted to cover food and board in prison, 5 per cent goes to a victims’ assistance fund, $60 is for spending money and the remainder put into a trust to be paid upon release.

Mr Elferink says good behaviour in the potash project could lead to the securing of a job upon release: “I expect prisoners in the Northern Territory corrections system to work... if they are particularly good at what they do, then we reward them with full-time work outside the prisons,” he said.

The Northern Territory’s Country Liberal government introduced its ‘Sentenced to a Job’ program across the territory this year, allowing projects to apply for workers in both the public and private sectors.

More information on the Northern Territory’s program that has seen prisoners put to work in mines is available from the NT Government’s website.