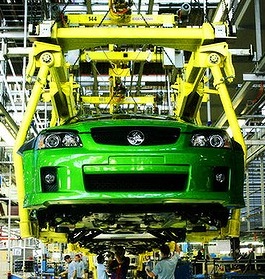 The iconic Australian maker has spent much of the year axing jobs in an attempt to stay afloat. It says the recent decision to cut salaried positions from the books was a difficult one, claiming a restructure will ensure its future.

Holden will not say how many of its staff it is intending to remove, though they did say retrenched staff will be offered support, career transition help and financial counselling.

The latest cuts follow the firing of 400 workers from the Adelaide plant earlier this year, as well as 100 jobs cut from operations in Melbourne.

Reports say the new redundancies will likely come from the Melbourne sector, where the majority of Holden’s design and engineering work is undertaken. The company claimed it was making every effort ensure it could have a strong future as a design, engineering and manufacturing centre.

The company also says it has cut staff in the interest of industrial agility: “Staying nimble in such a competitive marketplace is an ongoing process that demands our continued attention,” a statement said, “we have done some significant work in addressing the manufacturing side of our operations but must also work on the other areas of our business to be as efficient and effective as possible.”

The dire straits for Holden could be compounded by the moves of the new federal government. The previous Labor administration had pledged more funds to the ailing industry, word from the current Liberal government says they will maintain a commitment to cut $500 million from auto-industry assistance.