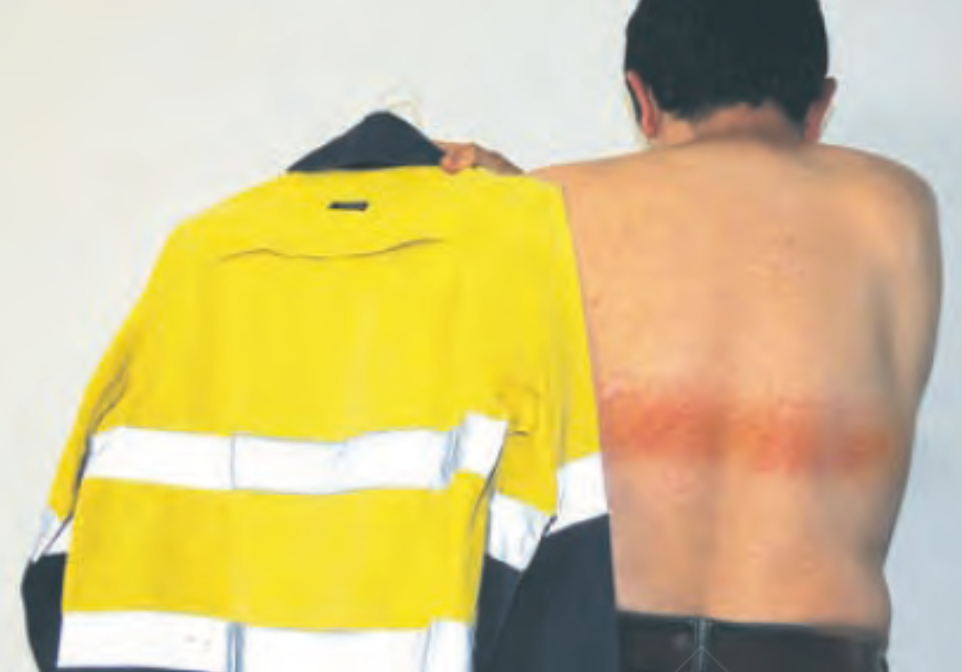 A Perth doctor has reported on what could be the world's first case of burns from retro-reflective tape on high-vis shirts.

In a letter to the Medical Journal of Australia, emergency medicine specialist Ioana Vlad explains her treatment of first-degree burns caused by the reflective tape on a 40-year-old environmental engineer’s shirt.

The man had presented at Sir Charles Gairdner Hospital's emergency department in late January 2018 complaining of a rash across his back.

Dr Vlad noticed the rash was directly underneath and I the shape of a reflective stripe on the high-vis shirt the man wore during the day.

The burns caused several days’ worth of discomfort and were similar in severity to a sunburn.

The man said the reflective strips often became extremely hot when he was working, forcing him to regularly change positions to ensure it did not touch his skin.

Australian Work Health and Safety regulations allow employers to determine when high-visibility clothing should be worn.

Standards Australia guidelines lay out the visual requirements for garments to be worn at different times of the day. They say fluorescent yellow and navy polos without tape are the recommended garments for daytime, while high visibility clothing used at night-time must have reflective tape either in an X or H pattern to increase its visibility to others.

The effectiveness of the garments must be checked in three-month to six-month intervals, but Dr Vlad says there is more manufacturers can do to keep workers safe.

“The manufacturers need to look at and see if they need to either make sure they put a different piece of cloth underneath this reflective tape … or maybe to limit the number of uses for this shirt,” she said.

Manufacturers have acknowledged that wearing reflective tape could cause heat build-up around the shoulder, neck and ears, and that there is a risk that the tape could smoulder or melt when subjected to heat.

This is the first case of injuries arising from reflective tape to be published in medical literature.