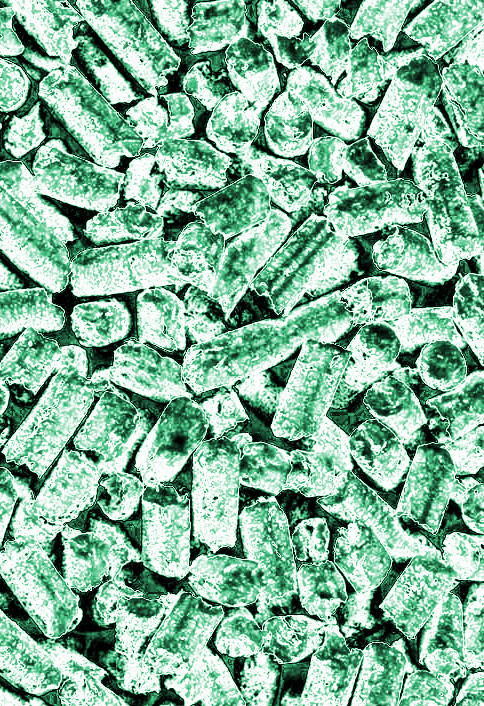 Australian researchers have developed a way to store gas inside special materials, rather than pressurised tanks.

An international team including scientists and engineers from the University of Western Australia (UWA) have discovered how to store energy-rich gases such as hydrogen, methane, argon and nitrogen in zeolite — a common, naturally occurring mineral.

They can also store gases in a new class of ‘super materials’ called metal organic frameworks.

Professor Eric May from UWA's School of Chemical Engineering said was the result of over a decade of research into making the natural gas and liquefied natural gas (LNG) industry more efficient and environmentally-friendly.

“It's a bit of a scientific puzzle really, because people have known about the effect for more than 50 years — natural materials that act a bit like kitty litter and they're used to absorb and stick gas molecules on them to either capture or store them,” Professor May told the ABC.

“They work really well at high temperatures, but at low temperatures they stop working. People knew that but they didn't know why.”

The UWA experimented with low temperatures and high pressures, combined with advanced quantum mechanical calculations, to understand what happens at a microscopic level.

Professor May explained that cooling the materials allowed them to take up gases.

Dr May said one potential use was in hydrogen-powered vehicles, which currently store large amounts of hydrogen in high pressure tanks.

“But with these sorts of materials you could essentially store a similar amount of hydrogen but at low pressures just by keeping the material cool — and then when you needed to release it you could just warm it up slightly and that would be an easy way to drive clean-powered vehicles around,” he said.

“If you had an accident, it's not necessarily going to rupture and even if it did, it would slowly have to warm up first,” he said.

He said the absorbent materials could also be used to capture and measure the levels of gases.

“Natural gas when it comes out of the wells has lots of impurities, some of which are quite hazardous, and a lot of the work is to convert that raw, hazardous mixture into something that's safe to transport and sell for use by consumers,” he said.

“So there are different ways to capture carbon dioxide, hydrogen sulphide and other impurities and they take a lot of energy, which is why companies have to build such big gas plants, so potentially with this sort of approach, the amount of energy you need to do those separations will be greatly reduced.”

But there is more work to be done.

“The material we used had a rather awkward threshold temperature where the gas could get in at -80 degrees Celsius and we can think of ways to bring that temperature up closer to room temperature so that you wouldn't need to do so much cooling or heating to have that effect to turn on and off,” Dr May said.

“The other side of things we're working on [is] instead of using temperature to turn the gatekeeper on, could you use other things that are more convenient, like use a voltage to turn things on and off?

“Also, how we can make the material store even more quantities of energy-rich gases?”

Real world tests are being planned.

“We're hoping to go to field trials probably in the next 12 to 18 months,” Dr May said.