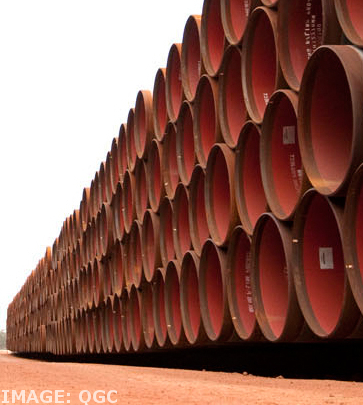 AEMO says a looming gas shortfall could me much higher than expected.

New reports from the Australian Energy Market Operator (AEMO) and the Australian Competition and Consumer Commission (ACCC) warn the prospect of a gas shortfall next year could be three times worse than expected.

The findings are expected to push the Federal Government to issue stronger threats to restrict exports by energy companies.

Australia has some of the largest known natural gas reserves in the world, but local customers still pay high prices because the vast majority of gas produced in Australia is shipped overseas.

Prime Minister Malcolm Turnbull has previously threatened to intervene in the market to secure supplies ahead of a looming shortfall in 2018.

AEMO is now projecting a shortfall of up to 107 petajoules in 2018 and 102 petajoules in 2019, while the ACCC says the supply-demand outlook has “significantly deteriorated”, with a “substantial shortfall” now likely in 2018.

Mr Turnbull says he does not want to have to intervene.

“Clearly, the objective is for the industry to fix the problem by agreement.

“We will continue to hold that mechanism ready to go and we will ensure that it is entirely fit-for-purpose in light of these changed circumstances, that is, a much bigger shortage than previously advised.

“If we are not able to receive the assurances from the industry to our satisfaction and that of the ACCC, then we will impose those export controls.”