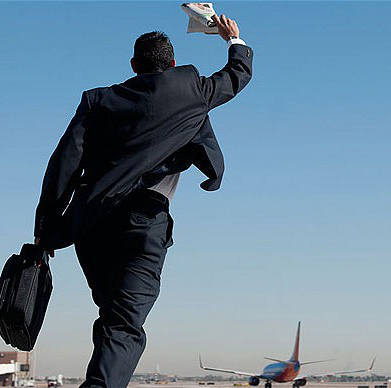 Australian federal ministers are hoping that an air transport deal will bring some benefits from the China-Australia Free Trade Agreement (ChAFTA).

“Last year, 100 million Chinese travelled abroad and this is set to double to some 200 million by 2020. Tripling aviation capacity from China into Australia over the next two years will ensure we are well placed to capture our share of this growth.”

Mr Robb says that with the hugely popular Chinese New Year around the corner, conclusion of the negotiations were timely.

Recognising the significance of emerging markets in China, Minister for Infrastructure and Regional Development Warren Truss said that, for the first time, the new arrangements provide a separate pool of capacity dedicated to cities in China other than Beijing, Shanghai and Guangzhou.

He noted that the capacity available for airports in China’s second and third tier cities is set at the same level as major Chinese gateway capacity, which will help accommodate the demands of these rapidly growing regions.

“Removal of unnecessary regulation has also been a priority for the Government, and Chinese agreement to remove any requirements for government approval of airfares in China will further reduce regulatory burdens on Australian airlines doing business there,” Mr Truss said.

“The Australian Government is committed to ensuring that we have the aviation capacity necessary to meet future demand into and out of foreign markets.”

When operating services to or from all cities in Australia other than the Australian Major Gateways (Sydney, Melbourne, Brisbane and Perth), airlines of both sides will now enjoy open capacity.

When operating services between the Chinese Major Gateways (Beijing, Shanghai, Guangzhou) and the Australian Major Gateways, airlines of both sides can now operate the following:

For services between all cities in China other than the Chinese Major Gateways and the Australian Major Gateways, airlines of both sides may operate the following:

In addition, airlines of both countries linking an Australian Major Gateway and another city in Australia as part of a multi-stop international service, may operate an extra 2,500 seats each way each week.

A phased expansion of traffic rights at beyond and intermediate points has also been negotiated.

By October 2016, airlines of each side will be able to access an additional three ‘beyond’ points of choice (except for points in North America) and an additional six intermediate points.

These rights provide access to Australian airlines to fly beyond China to a variety of locations, including Europe, and will offer greater flexibility for airlines flying to China via intermediate points in Asia.