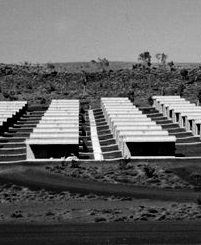 The Queensland Government has completed its review of fly-in-fly-out work and its effect on communities.

A parliamentary committee convened in May to examine FIFO impacts has handed down its final report, available here in PDF form.

The committee toured the state to hear about health and social impacts, the provision of infrastructure, housing and services in communities.

Among its recommendations, the report calls for changes to the anti-discrimination act that would stop mining companies from refusing to employ workers based on where they live.

It also calls for more scrutiny at mines and an expansion of the state development department's audit office, with more inspectors, to check that mines are complying with their approval conditions.

The review said the practice of “hot-bedding” - having two miners share a bed on alternating 12-hour shifts – should be banned.

“100 per cent FIFO is just not accepted by anybody in regional Queensland and that choice should be a condition of employment,” he told the ABC.

“Everybody in Queensland should be considered for a position, regardless of where they live.”

All the recommendations have gained bi-partisan committee support, leading many including Mr Pearce to hope they will lead to legislative changes.

Queensland Resources Council chief executive Michael Roche said he was not surprised at the review's findings, “because the views of the committee members were well telegraphed”.

“We know that none of the major parties support 100 per cent fly-in fly-out operations, where there is a nearby resource community,” he said.

“There is talk about changes to the Anti-Discrimination Act. We'll certainly need to get our heads around that and seek some legal advice.

“There are, in fact, only two mines in the Bowen Basin which have approval for 100 per cent FIFO operational workforce. Two mines out of about 50.

“So it's simply a furphy to say locals don't get a look in at those two mines.

“Overwhelmingly the picture throughout the Bowen Basin is of mines that draw on the workforce locally and from workers who commute from around Central Queensland.”