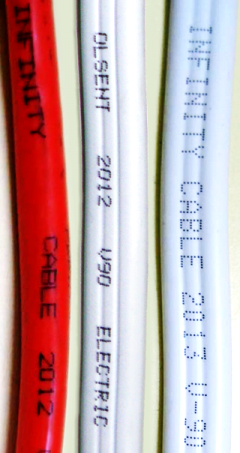 An Airtasker has been fined $60,000 for unlicensed and dodgy electrical work.

After posing as a licensed electrical contractor and doing illegal and dangerous electrical work, a Gold Coast man has been found guilty of seven charges under the Electrical Safety Act 2002 in the Southport Magistrates Court.

He falsely claimed to have a valid Queensland electrical licence and undertook a range of jobs, most of which included dodgy and substandard fixes.

When he took a job to disconnect a stove and install a new one, he incorrectly removed protective external sheathing to the electric cable used in the oven. This increased the risk of breaks or nicks to the single insulated cable which would result in the stove becoming live, exposing any individual who came into contact with it to the risk of serious injury or death.

He later accepted a job to install six ceiling fans, one of which was incorrectly earthed. This could have caused the conductive surfaces of the fan/light to become live, exposing anyone who contacted it to a risk of serious injury or death.

There was also no Residual Current Device or safety switch installed for the ceiling fans, which, in the event of an insulation breakdown, could have resulted in an electrical shock.

Following this, he was contracted to install two sensor security lights, two power points and a television antenna.

An inspection of that job revealed the cable junction of the wires from the sensor lights and the power outlet in the kitchen was not placed in a junction box and was located near the access point to the ceiling. This increased the likelihood of individuals contacting it, and without a junction box, there was a risk of exposure of the live wires, contact with which could have resulted in serious injury or death. The light switch for the sensor light had no wiring enclosure on the back, which, in the event of a conductor breaking could have resulted in direct contact with the conductive insulation material and started a fire.

The magistrate in the case acknowledged that the defendant had some electrical training at TAFE in New South Wales in 1987, but that this was over 30 years before the work in Queensland. However, he had never held any formal qualifications, and was not licenced at any stage.