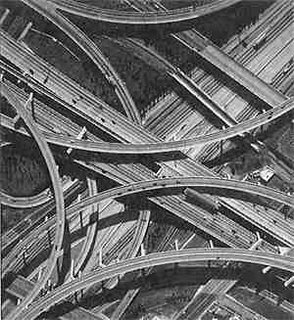 A new study has reviewed failed freeways around the world.

The study found that when freeways fail to solve traffic congestion, transport planners are still hesitant to remove or rethink them.

“Freeways are an environmental disaster, expensive to maintain, divide cities and neighbourhoods, and drastically incentivise car ownership rather than fostering community-based transport.”

Her research team reviewed 45 studies from around the world, and found highways are sometimes removed due to financial concerns about repair costs, but they are often replaced with other car-based infrastructure accompanied by active transport space.

The results suggest that the mentality of urban planners is fairly fixed.

“While many cities are indeed creating human-scale and active transport spaces, these spaces coexist alongside highways,” Ms Khalaj said.

“American cities, once the pioneers of highway construction, are lagging behind cities in Europe and Asia in moving away from car dependency,” Dr Pojani said.

“We hope that Australian cities choose to follow in the footsteps of our European and Asian peers.”

Dr Pojani also said that some cities are beginning to remove their highways, replacing freed up space with regular streets and boulevards.

“Outside of the US, motivations for removing highways have been often explicitly associated with urban beautification and placemaking,” she said.

“Millennials and Generation Z also seem to prefer vibrant, walkable urban places to suburban monotony and car dependency, and these new generations could pressure political leaders to accelerate the pace of highway removal.

“In the face of the unfolding climate breakdown, this might happen radically sooner than many expect.”

The study is accessible here.