It is Freight Week in Victoria this week; the annual event seeks to celebrate and draw attention to the state’s vital transport industry, and the thousands of workers it comprises.

Freight Week 2013 has been focused so far on the recent plans for a massive upgrade to metro road infrastructure with the East West Link project.

Several groups have been outspoken in their support for the plan, with Victorian Premier Denis Napthine welcoming the support of the Victorian Transport Association (VTA) and eight other motoring and business groups.

“The Victorian Transport Association’s membership is acutely aware of the importance of the East West Link in building our economy, creating more than 3,200 jobs and busting congestion across our road network,” Napthine said at a press conference at Melbourne Park Function Centre.

“Having an efficient freight network is crucial for businesses and the jobs that rely on exporting and importing their products... that is why, with container trade expected to quadruple by 2050, the Victorian Government is delivering the infrastructure and space needed to accommodate our growing export businesses by expanding the Port of Melbourne and developing the Port of Hastings,” Napthine said.

It is hoped the project will slash travel times for road-based freighters and commuters, reducing congestion, improving connectivity and productivity. It could mean a drastically shorter trip across the city for some.

“Instead of travelling through 23 sets of traffic lights, it will take motorist around seven minutes in travel time to get through the tunnel,” Mr Napthine says. 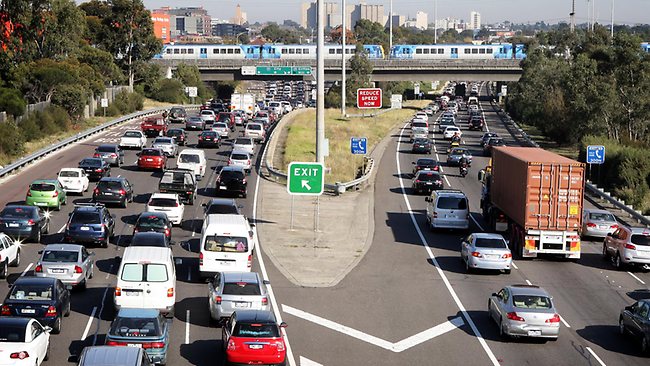