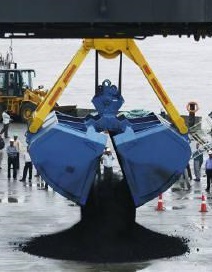 An inquiry has been launched after allegations that the firm in charge of expanding Queensland’s Abbot Point coal terminal has already failed to meet environmental requirements.

The Australian Financial Review alleged this week that Adani - the energy conglomerate behind a $10 billion mine, port and railway plan for Queensland’s Galilee Basin – has breached multiple environmental restrictions in its preliminary work at the Abbot Point site.

The paper’s claims were backed-up by Queensland Greens Senator Larissa Waters, saying “anything that indicates a pattern of behaviour should have consequences.”

“If they can’t comply with preliminary approvals then they should not be given approval to mine the Galilee Basin or put a massive railway line to the port and then stick a port in the World Heritage-listed Great Barrier Reef.”

The industrial work related to the expansion of the port and the subsequent increase in heavy shipping traffic is a cause of great concern for advocates of the living natural wonder.

The effects of materials churned-up by dredging work and the erosion caused by frequent shipping movements will damage the Reef beyond redemption, environmentalists say.

Federal Environment Minister Greg Hunt has ordered a report into alleged breaches, which include the lack of checks and monitoring both of vegetation before it was removed and water toxicity in stormwater return dams.

“The minister has requested details of the alleged breaches and what, if any, environmental impact there has been,” a department spokesperson said.

“The minister will consider the Abbot Point project in a timely and methodical way.”

This is not the only case against the Adani firm, which is hoping to create a network in Queensland to expedite coal shipments to India.

Adani was forced in September to form a $34.3 million (200-crore rupees) fund for renewal of its damage to mangroves and creeks in the construction of the Mundra Port, India’s largest privately owned sea-terminal.