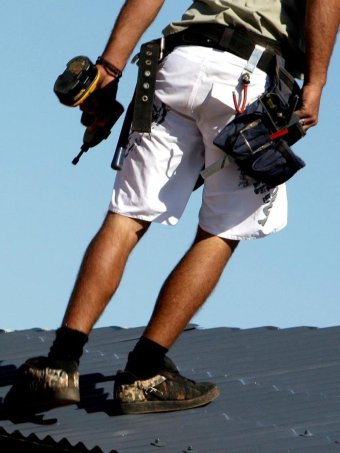 New South Wales is considering new building regulations that would ban dark roofing in some areas.

Reports say lighter coloured roofs will be a mandatory part of the planning controls for the Wilton area, Sydney’s south-west growth region. Residential lots must also be big enough for a tree in every backyard.

The new mandate is intended to reduce the heat island effect.

“The need to adapt and mitigate urban heat isn’t a future challenge – it’s already with us.

“When designing lots for detached housing, we need backyards which are big enough to plant a tree or have a garden. We need to say goodbye to the trend of having dark roofs that not only attract and retain heat and raise ambient street temperatures, but lead to astronomical electricity bills because of the need to cool homes.”

“It’s there, it’s just Colorbond, we love Colorbond in Australia but why we are not using more of the white than the black ... I don’t know why,” Dr Pfautsch told reporters.

Experts say ‘cool roofs’ could decrease the energy consumption of uninsulated buildings in western Sydney by up to 50 per cent.

“It will result in bureaucratically imposed blandness for new communities and will bring negligible improvement in thermal performance that could be achieved through new technologies in insulation, approaches to building design and shading, and other measures,” he said.

“We also object to the control that requires bigger backyards for the planting of trees ... How will government police compliance with this? Will swimming pools and garden sheds be prohibited?”