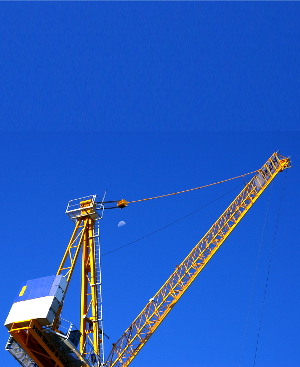 The Crane Industry Council of Australia has warned that counterfeit ‘green sticker’ safety certification is putting lives at risk.

The green stickers are meant to show that the machine in question has undergone suitable safety certification, deemed ‘CraneSafe’ by the Council.

But fake stickers have been reported on a number of sites around the country,

The authorities urge all crane owners, operators and safety officers to examine their stickers and check over the approval documentation.

Mr Marshall says the Council the counterfeits are fairly easy to spot, as they are often flawed or of poor quality.

He says operators should look for irregularities in data or documentation, such as not being listed on the CraneSafe database or not having a CraneSafe approved sticker.

CICA is now looking into new tamper-proof stickers, and has sought legal advice on the misuse of the CraneSafe name and logo.

“CICA takes the strong view that any unlawful breach and misrepresentation in the industry that threatens safety and the reputation of CICA members and CraneSafe users is unacceptable,” he said.

“If you come across a counterfeit CraneSafe ‘Green Sticker’ it will be wise to assume that the crane is unsafe and not compliant with Work Health and Safety Regulations including plant requirements.”