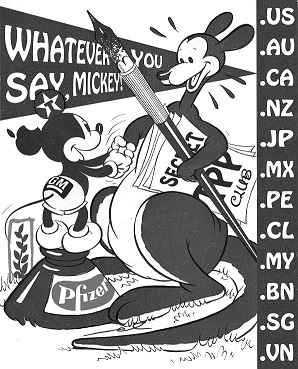 A new round of Trans-Pacific Partnership talks have begun in Singapore, where trade ministers from twelve nations carve out the final parts of the far-reaching deal.

The chief negotiators from nations representing 40 per cent of the global economy were in talks last week. This week will see the discussion expanded to include other ministers from the countries involved.

Singapore's Prime Minister Lee Hsien Loong said the agreement was “very close” to completion, though comments from some negotiators suggest the completed deal will not be signed until 2015 at least.

The Trans-Pacific Partnership (TPP) agreement has been negotiated behind closed doors for a number of years. Large sections of the document are completely unknown, but a strong indication of its intentions has been revealed through leaked drafts.

Delegates from the United States had set a deadline to sign the deal by 2013, but the US-led discussions look set to continue.

It is unclear whether the widespread opposition to the small sections of text leaked so far have slowed the talks.

The most recent leaks have reealed some of the environmental agreements in the TPP, which some expected to be quite beneficial and forward-thinking. Early analysis of the Environment Chapter and the corresponding Chairs' Report has revealed it to be a "toothless public relations exercise with no enforcement mechanism," according to Wikileaks founder Julian Assange.

Many have been concerned by the tone of the TPP, which appears to favour the profitability of multi-national corporations over the right of nations’ governments themselves. The agreement, while hammered out by politicians, largely appears to benefit private interests.

Humanitarian organisation Medecins Sans Frontieres (Doctors Without Borders) have spoken out against the new rights that the TPP would give to pharmaceutical firms, allowing them to restrict access to generic drugs through expanded intellectual property provisions.

The sections of the TPP that have made it to public scrutiny have been centred on new intellectual property laws. The agreement seeks to allow companies more power to patent things like medical formulas, treatments, micro-organisms, entire species, mathematical formulas and more.

The TPP will likely extend the exclusivity for medical patents to as much as twelve years, meaning it would take over a decade for generic forms of medication to be available. The current standard in Australia and several other countries is 5 years.

While leaked versions of the text had shown some matters of disagreement between soon-to-be-signatories, analysts believe most of these will now have been cleared away.

“By the start of the officials’ meetings on Monday the 100-plus points of disagreement in last year’s intellectual property text had already been whittled away,” said Jane Kelsey, professor of law at the University of Auckland, who is in Singapore monitoring the negotiations.

“I understand there have been further major decisions already this week, even before the ministers meet”, she said.

Dr Kelsey said the US was using an old trick to get its way.

“There is talk about the US making compromises and showing flexibility. This is an old trick. They set the original threshold outrageously high. Then they agree to “concessions” that are still far beyond the status quo..

“The result is new rules that profit [pharmaceutical companies] at the expense of access to affordable medicines and protection of public health,” she said.

Some hope of more information on the deal that could re-define global industries came late last week. The Malaysian Minister for International Trade and Industry, Datuk Seri Mustapa Mohamed, said in a press conference that a “draft text of the Trans-Pacific Partnership Agreement (TPPA) will be released to enable detailed scrutiny and public debate before any final agreement is signed.”