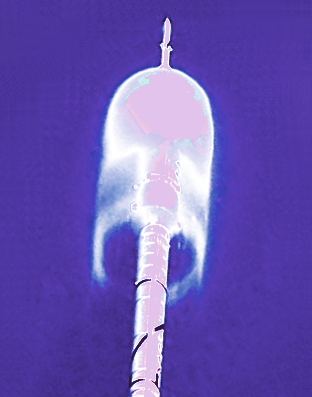 China says it has created the world’s fastest wind tunnel.

State media is reporting that a facility dubbed the JF-22 will be the world’s most advanced hypervelocity wind tunnel when it comes online next year.

Wind tunnels - large tubes that move air around stationary objects to simulate flying - allow experts to learn about how an object will fly at extreme speeds.

JF-22 is designed to simulate flying conditions at about 30 times the speed of sound. It reportedly uses chemical explosions to produce fast air flow, rather than mechanical compressors used in other facilities around the world.

China is expected to use the ultra-high-speed tunnel to work on a new generation of hypersonic and aerospace aircraft, and to develop hypersonic missile technology.

Hypersonic weapons and aircraft travel at over five times the speed of sound - fast enough to avoid conventional missile defences. Militaries around the world are keenly developing this new type of weaponry.

The JF-22 hypervelocity wind tunnel in Huairou, an industrial district of Beijing, has been under construction since 2018.

In 2019, Beijing held a military parade to show off its DF-17 hypersonic missile, which is allegedly able to breach all existing anti-missile shields deployed by the US and its allies.

Experts at the Chinese Academy of Sciences have claimed that its advanced wind tunnels put China “about 20 to 30 years ahead” of the West.