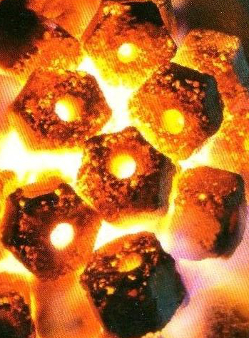 A dangerous gas fire may signal that time is up for one charcoal producer.

Reports say an Easter Saturday gas fire at the Australian Char plant in Victoria has brought the site to a standstill, and possibly shortened the future of the factory that the owners already plan to close.

Workers told local newspaper The LaTrobe Valley Express that an industrial fan bearing on a main gas duct exploded, a few days after vibrations and overheating within the unit were reported to management.

The explosion sparked a fire employees fought for more than four hours to extinguish.

The Australian Char plant has already been deemed too unprofitable to continue, and is due for closure at the end of the financial year.

The factory produces charcoal briquettes for a number of industrial applications.

One worker told reporters that it has raised big concerns about the possibility of working the next few months.

“This incident was completely avoidable,” the worker said.

“Under normal circumstances they would have repaired that fan as soon as it was reported, but their response was just; ‘let's keep going and we'll monitor the plant’.”

He also said it was a miracle no one had been killed, claiming the exploding fan sent ball bearings and shrapnel flying at high speed, and the resulting gas fire produced flames which “leapt about six metres in the air”.

Auschar managing director Nicole Brook told the paper that a fan failure and gas fire had occurred on the Easter weekend, but would not be drawn on the worker’s allegations.

“It was a plant operational issue which was managed in accordance with procedures, and there were no injuries,” she said.

The worker father alleged that he and the three other employees at the site fought the ensuing blaze for several hours, and were shocked to find out that fire-fighters had not been called.

The local newspaper says Ms Brook justified the decision not to call fire authorities by stating the employees “had it under control”.

Australian Workers Union Gippsland organiser Sam Beechey, who has been involved in redundancy negotiations as part of the plants planned shut-down said he knew very little.

“I have spoken to management once since Easter Saturday, and all they told me was; ‘By the way, we had a bit of an incident on Saturday, the plant is down’,” he said.

Reports say it is unclear whether WorkSafe authorities have been informed.