Bus tracking tried again after failure on the brink 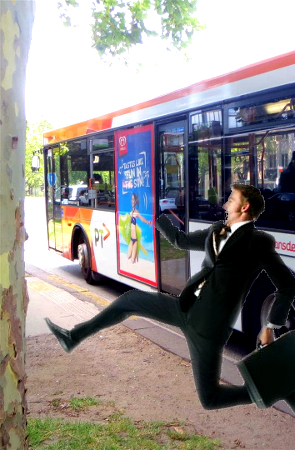 Authorities are having another crack at the failed plan to introduce GPS tracking to Melbourne buses.

Systems which allow travellers to track their bus via GPS are already being used in Brisbane, Sydney, Adelaide, Perth and Darwin.

Melbourne’s first attempt was launched in 2010, when Public Transport Victoria (PTV) awarded a five-year, $16 million contract for Sigtec to design and maintain the system hardware and a two-year, $1.4 million contract to Plexicor for the actual installation.

Difficulties and inadequacies along the line turned the multi-million dollar idea into an expensive debacle. After three years, just 30 per cent of Melbourne’s over 1400 buses using the system, despite it being installed in around 95 per cent of vehicles. At this point the equipment used was deemed to be obsolete and the plan was aborted.

PTV has now announced its second go at creating the system which will allow commuters to see how far away their bus is with a simple GPS mobile phone app.

The authority wants the new version rolled out within a much faster timeframe, too.

Smartrak has been awarded the new five-year contract to operate the bus-tracking system, with reports saying the contract could have a possible five-year extension.

It is understood that the 30 per cent of vehicles with Sigtec tracking systems from the old scheme will be retained, but that the remaining 1100 buses will be outfitted with equipment from a different supplier.

“The new GPS system is state-of-the-art and has much better accuracy than the old system,” a PTV spokesperson has said.

“Technology has changed since the prior contract was awarded and the move to the Smartrak system is a financially responsible outcome and saves money.”

The cost of the new contracts is unknown.