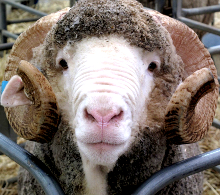 This week’s Federal Government Mid-Year Economic and Fiscal Outlook (MYEFO) indicates changes on the way for several agricultural schemes and funds but not a lot of detail on what, if anything, will replace them.

The Coalition government has wound-back a number of initiatives linked to the carbon and mining taxes, which it is also trying to undo.

The natural resource management program Caring for our Country has had $6.7 million taken from it – the money will instead be spent on part of the Royal Commission into Labor’s “pink batts scheme”.

The Biodiversity Fund will be abolished to save $1.4 million over four years. The Carbon Farming Futures program will be cut too, with its $4.7 million siphoned-off “to repair the Budget and fund policy priorities”.

The funding for the irrigation entitlement buybacks and infrastructure programs in the Murray-Darling Basin will be stretched, with the allocated $551 million to be spent over six years instead of four.

The MYEFO papers say the government; “will retain $800,000 over two years in the program to support the government's commitment to improving animal welfare in the export supply chain.”

A statement from the federal Agriculture Department said the money “was previously allocated to the Australian Animal Welfare Strategy Implementation Plan, and will be used for the development of animal welfare standards and guidelines. A portion will also go towards live animal export reform work.

Australia will not appoint an Inspector-General for Animal Welfare after the government abandoned the plan initiated by the former Labor administration. It says it will save $3.9 million per year as a result.

The Commonwealth says it will; “provide a mechanism for government and industry in Indonesia and Australia to increase agricultural cooperation, improve long-term trade and boost Australian investment in Indonesia's red meat and cattle sector,” by spending $60 million over 10 years to create the Indonesia-Australia Red Meat and Cattle Partnership.

The Government has reiterated its plans to amalgamate the Restoring the Balance program with the Sustainable Rural Water Use scheme.

The Treasurer gave a dim view of the nation’s finances with the mini-budget this week, saying deficit is set to blow out over $47 billion, with a likely combined deficit over the upcoming four years around $123 billion.

The treasury has, as is tradition, blamed a large portion of the fiscal situation on the outgoing government.