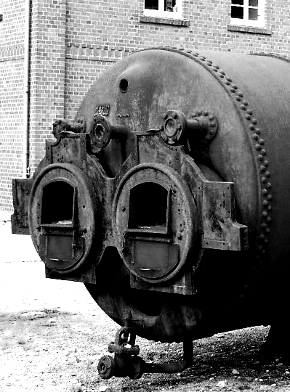 A Queensland boilermaker has been awarded over $800,000 after his foot was crushed on a mine site.

The Supreme Court of Queensland heard Scott William Pollock has been left with ongoing pain and extensive rehab needs after a boiler tube plate that weighed 150 kg was dropped on his foot in April 2010.

The smashed foot took two surgical procedures to repair, and the plaintiff says he still cannot put full weight on it.

Mr Pollock has successfully argued that his daily activities and his ability to work as a boilermaker have been diminished. He says he cannot climb ladders, walk on uneven ground or carry heavy weights, and that his partner must assist him his partner with some aspects of daily life.

The company that hired Mr Pollock is in liquidation, so the claim was made against WorkCover Queensland, Thiess and the company which hired his employer, Australian Bearings.

Justice Duncan McMeekin said all three defendants had accepted liability for the injury.

The judge found that despite Mr Pollock describing his ongoing pain as “7 out of 10”, it was in fact {“at a much lesser level than a 7/10 assessment would suggest”.

The Court ordered $865,158.88 in damages be paid to the plaintiff to cover the cost of future pain, distress and economic loss.

Mr Pollock now works as an industrial sales representative, according to some reports.