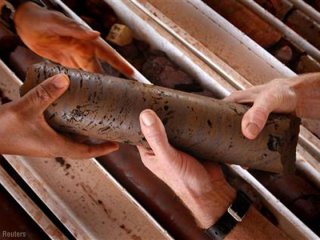 Major project status has been awarded to an iron ore mining and export plan in South Australia, with costs forecast  in the neighbourhood of $5 billion.

The proposed ‘Braemar’ mining project, transport corridor and floating port could potentially increase the state’s exports of iron ore concentrate from 12 million tonnes to over 100 million per year.

The efforts could be so widespread that they have earned ‘major Project’ status, reserved for reportedly the most “sophisticated and thorough” set of planning approvals available within SA’s planning regime.

Among the multitudinous subcontracts for the massive project is a 385-kilometre transport route between the upper Spencer Gulf and outback iron ore resources in the state's north-east, currently buried under an area near Broken Hill in New South Wales and extending about 250 kilometres to the west.

The transport corridor runs through some pastoral land and areas worthy of protection, so slurry pipelines will be installed as well.

Deputy Premier and Planning Minister John Rau said most of the project is still being worked out: “It will be up to the people proposing the project to make arrangements for access to relevant land, but this is the approval process so we're now going to go through an environmental impact process and various other processes to make sure this is an appropriate project to get a final sign-off,” he said.

A floating facility will be constructed off the Yorke Peninsula, north of Wallaroo, to process the possible eight-fold increase in volumes of iron ore for export.

The South Australian government says the first stages of the project will be worth about $2 billion.