BHP building to half female 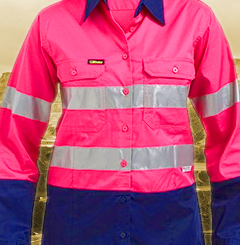 BHP’s workforce is now over 20 per cent female.

The company has plans for half of its workforce to be women by 2025.

It managed to increase its female representation by 2.9 per cent in the 2017 financial year.

The company also halved its female turnover rate, from 8.4 per cent higher than men the previous year to 4.7 per cent.

“These numbers are important. If we achieve balance in and balance out then we can move towards our goal more quickly,” Mr McKenzie said.

“This year the number of female leaders rose to 18 per cent. There are 100 more female leaders in our company today than a year ago. It makes a noticeable difference to how we make decisions and how it feels to work in our teams.”

“There’s also a moral imperative for diversity. As a father, I believe my children should be able to succeed because of their skills and achievements – the fact that they are women should not make a difference,” McKenzie said.

“An increase in the participation of women will also make a difference that benefits the communities in which we operate.”

BHP has already exceeded its 50 per cent female quota at its new Brisbane logistics control centre.

The centre, which has hired 53 per cent women, recruits based on matched skills rather than mining experience.