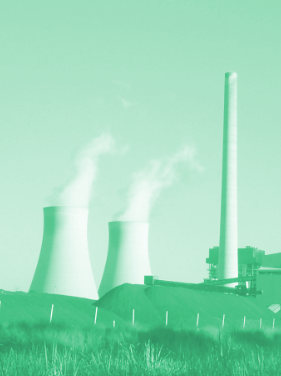 Plans have been unveiled for a big power plant upgrade in NSW.

The operator of the Bayswater Power Station in the Hunter Valley wants to undertake a $52 million upgrade, with plans that include an increase to coal ash recycling.

AGL Macquarie has lodged plans for the upgrade along with an Environmental Impact Statement (EIS) to NSW Planning.

The project is intended to improve the environmental performance of ash, salt and water management infrastructure at the site.

Coal ash recycling production could be increased by up to one million tonnes per year of ash derived product material.

The EIS says the ash dam will be decommissioned and undergo rehabilitation after the scheduled closure of the Bayswater power plant in 2035.

AGL Macquarie says the proposed upgrade will create up to 90 direct jobs during construction and another 25 ongoing jobs after that.

The plans are on public exhibition until July 30.

The Hunter Community Environment Centre has questioned whether the coal ash recycling targets will be met.

“The targets for coal ash reuse that have been set over the years for power stations by the Environment Protection Authority (EPA) have been consistently not met,” the centre’s coordinator Jo Lynch said.

“Especially with the Bayswater upgrade, there is no clear plan for how the proposed huge increase in coal ash reuse is going to be met.

“The targets are an easy way to satisfy the community and the EPA that the intention is there, but we have seen that they are absolutely not working.

“We think that rather than investing a lot of money into upgrades to store ever increasing amounts of toxic waste, that the introduction of a levy to charge power stations a small fee for each tonne of coal ash waste they dump would be a far better solution.

“This would drastically change the amount of ash being dumped and really create an incentive for power stations to deal more responsibly with their coal ash and find ways to beneficially reuse it.

“It could lead to industry partnerships that will facilitate employment for regions with coal ash as well as deal with this toxic waste issue.”