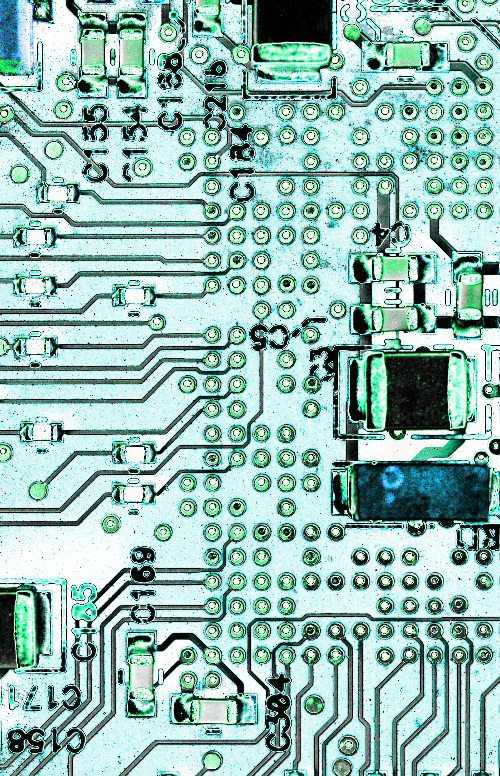 French engineers are working towards a future where circuitry is not set in stone (or silicon), but can reconfigure itself on command.

Researchers at the École Polytechnique Fédérale de Lausanne (EPFL) have demonstrated that it is possible to create conductive pathways several atoms wide in a material, move them around at will and even make them disappear.

Their research appears in Nature Nanotechnology.

The idea of ‘adaptable electronics’ is generating significant interest, due to the broad range of potential applications.

It may also be possible to develop resilient circuits, such as a microchip that can reconfigure itself when damaged to continue functioning using the remaining components.

It would be “an effective way to keep faulty devices working when they are in hard-to-reach places, like space,” says Leo McGilly, the article's lead author.

The big ideas revolve around 'ferroelectric' materials, with which it is possible to create flexible conductive pathways.

These pathways are generated by applying an electric field to the material. More specifically, when the electric current is applied, certain atoms moves either “up” or “down”, which is known as polarisation.

The big challenge is that, until now, it was impossible to control how these pathways form.

At EPFL, the researchers demonstrated that it was possible to control the formation of walls on a film of ferroelectric material, and thus to create pathways where they wanted at given sites.

The trick lies in producing a sandwich-like structure with platinum components on the outside and a ferroelectric material on the inside.

“By applying electric fields locally on the metal part, we were able to create pathways at different sites and move them, and also to destroy them with a reverse electric field,” says McGilly.

Low conductive electrodes were used to surround the ferroelectric material. This means that the charge spreads very slowly in the structure, making it possible to control exactly where it is applied.

“When we use highly conductive materials, the charge spreads rapidly and walls form randomly in the material,” McGilly said.

The EPFL researchers have tested their research on isolated materials.

The next step will see them build a prototype of a reconfigurable circuit.

The possibilities are profound.

“The fact that we can generate pathways wherever we want could allow us to imitate in the future phenomena that take place inside the brain, with the regular creation of new synapses. This could prove useful in reproducing the phenomenon of learning in an artificial brain,” McGilly said.