Asbestos furore not forgotten in NSW 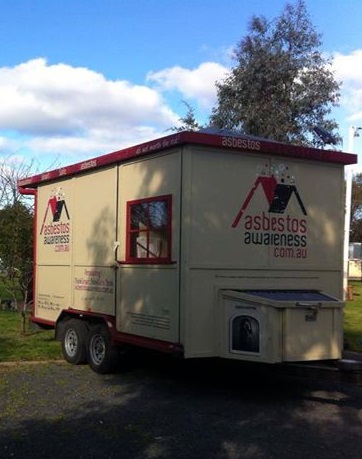 The New South Wales Minister for Finance and Services has taken stock of the year’s progress in asbestos management, reaffirming the government’s pledge to deal with the ongoing fallout from decades of exposure.

State governments around the country will continue to feel the effects of the highly dangerous substance, which was ubiquitously employed as insulation in previous years. Waves of cancerous infection have resulted from the handling of asbestos since it was first mined in the mid 20th century.

Andrew Constance, the NSW Minister for Finance and Services says: “The number of people with asbestos-related diseases in NSW is expected to increase until at least 2018 as there is often a delay of up to 40 years between exposure and the onset of disease.”

“In November 2012, the Model Asbestos Policy for NSW Councils and a supporting guide was launched during Asbestos Awareness Week... in April 2013; the Government launched the State-wide Asbestos Plan,”

“The four priority areas in the Plan provide a more effective and coordinated approach between Government agencies and local councils and will provide greater awareness of asbestos in the local community... Tackling asbestos disease rates will be challenging, but the NSW State-wide Asbestos Plan will help ensure that current practices for working with and managing asbestos reduce the risk of asbestos-related disease.”

The newest approach by the NSW government to try to prevent exposure is aimed at non-professional home renovators, who most likely cannot identify the cancer-causing cladding among other normal materials.

“The campaign targets home renovators who could come into contact with asbestos if they don’t properly manage asbestos in their homes... The campaign includes Asbestos Awareness ambassadors Don Burke, Scott Cam, John Jarratt and Scott McGregor as well as the launch of ‘Betty’, a purpose-built model house designed to demonstrate areas in the home where asbestos might be, which is presently touring NSW.”

‘Betty’ - the asbestos awareness house - has its own page which plots its travels around the nation.